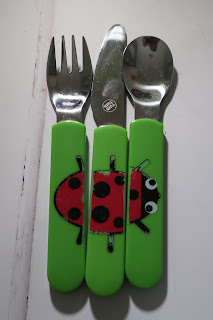 This summer seems to be going very very fast would you believe that tomorrow is August. I for one can not believe how fast the year is actually going it is scary. Once the summer months approach more people seem to have more meals out this could be because you have had a lovely day out and a great way to finish the day by having a meal out. Eating out with Jess is something which we have done for a long period of time she has been used to eating out since before I think she could eat.
I have had questions by people who have been in the same restaurant as us on how I manage to cope eating out with a toddler and I have had multiple people come up and tell me that she is a huge credit to us because she is so well behaved while been out. I will admit I do not have the answers to everything these are just my tips and what I do to make sure that Jess is respectful to other guests who may be eating at the same place as us.

The first one is making sure that you are going to a restaurant which is suitable the last thing you want to do is get to a place and actually find out that your child is not going to want to eat anything on the menu. Most places do have a children’s menu which for the majority you can find online because there is nothing worse than forcing your child to eat something which they do not want to consume. For example, we love eating at all you can eat buffets such as Cosmo’s however, this is not a place we would go with Jess because she would not eat as much we would be more likely to hit a pizza hut.

If your child is as young as Jess is you might want to use a highchair which a lot of places have because this stops you worrying that they are going to be able to run around the whole restaurant and disrupt other diners. I have also found that making sure that she has something to play with always helps I have noticed that if Jess has something such as some colouring pencils and a menu which usually is the child menu she seems to be able to keep her entertained for a while which means that she is able to wait a little bit longer for her food.

Jess still used a bib when she is having food which means that when we eat out we make sure that we still take one because it helps catches the food which she may drop and this stops it been all over the floor. If there is one thing which makes me really embarrassed it is when I have to leave a messy table with food all over it and the floor so this is something which we have started doing and Jess seems to be fine with it because it is what she is used to we have a bib which folds up and lives in her changing bag so that we can just grab it when we eat out.

Another thing which you may notice if you have a young child who likes to use cutlery that when eating out it can be very heavy which means that Jess and other children her age may not be able to lift them. If you are like me you do not want to allow them to eat with their fingers when it suits you however, you do not want them to get into this routine and do it at home. I picked up a while ago in Jojo Maman Bebe this ladybird tum tum cutlery they are not to heavy for her at all they are the same weight as normal children’s cutlery. I have noticed that Jess eats really well with them and she will ask for them if she knows I have them and the cutlery in the place is going to be too heavy fot her I think this is because she knows she will be told off if she eats with her fingers.

Make sure that you are not eating out too late with children as well because sometimes if you make them eat too late they will be very grumpy which will end up stressing you all out and make the meal unpleasant. I try to make sure that Jess goes for meals close to the times when she would actually be eating because otherwise she can be horrible and it is not something I also do not like her going out too late because it means that she is more likely to go to bed on a full stomach which is not good for her at all.
The final tip which I have is to make sure that you have a beaker or cup which your child is used to drinking from with you. The amount of times we have found that we have been out and the place we are eating at only has glass or cups which have a large rim and are unsuitable for Jess to drink out of. We do purchase the drink from the place we’re we are eating and then just pour it into the cup which we have with us this means that Jess then can have a drink without it having to be a fruit shoot with a sports cap and does not end up with her drink all over herself.

What are your top tips for eating out with a toddler?