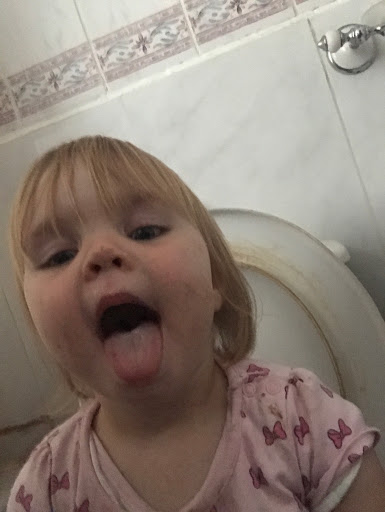 Since Jess is approaching two I can not believe that only in less than a month she will be a two-year-old where did my little baby go. Jess has now decided that she is not a huge fan of wearing nappies and she now wants to start been potty trained it started a few weeks ago when she would tell us she needed a wee and I would have to hover her over the normal toilet. I knew that then I needed to pick some things up which would make potty training a hell of a lot easier for us. Not long after I purchased these items a lot of bloggers got sent some potty training items, however, I purchased these with my own money. 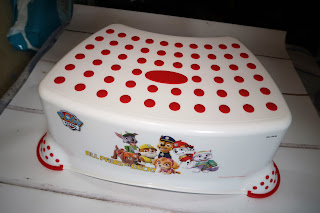 The first item which we picked up was this paw patrol step which Jess is obsessed with it when we first purchased it would take it out of the bathroom and walk around the whole house with it. She used it as a seat and everything the reason why we purchased this was because it allows Jess to be able to climb up to the normal toilet and then it also helps her reach the sink which means that she can easily wash her hands after using the toilet because of course we still have to supervise her she isn’t big enough to do this alone yet. This step takes up to 100kg which means that should ever I need a small step I can use this which is always a bonus and I have seen Jess take her toy pups to the step to show themselves them on the step. 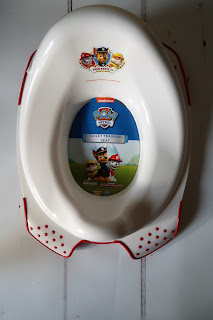 Due to the fact the Jess has a small bum and if we put her on the normal toilet we would have to holder hover her over which would be very hard and I am sure there would have been a stage where I would have ended up dropping her into the toilet which wouldn’t have been fun at the time but I am sure would have been looking back. So when I was to my mum she told me that I would need to invest in a toilet trainer seat which is something which you add to the main rim of your toilet and then it makes the seat smaller as your child sits on this and not the main toilet. I knew that when I saw Paw Patrol did this maybe I could get Jess to visit the toilet by asking her if she wanted to go and see the pups and so far she has been running to it when she needs the toilet. 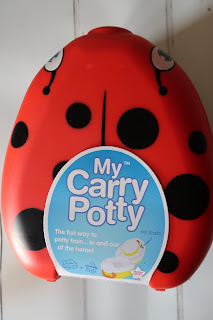 As someone who is rarely at home, I knew that we needed a potty which we would be able to take with us but would be discrete enough for people not to judge that we did, in fact, have a potty with us. I remember that when some of the YouTubers who I watched had a my carry potty when they were training their own children which made me have a look at them. They are very simple they are a potty which has a handle so can be transported around they are discrete so you wouldn’t know it was a potty which is a bonus they are small enough to be carried under the pram which is another positive. The potty is leak proof and you can lock into until you are able to empty the potty of the contents which for us good for because as you know Jess likes to be outside which means sometimes when she is playing she does not want to come inside so she can go on the potty outside and we can deal with it while she continues to play. 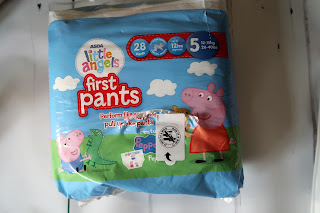 Of course, when you are potty training your child you need them to be able to pull their nappies down easy. I have found that sometimes at the moment with Jess been in the early stages she does not tell me with a lot of time so it can mean that she does end up going in the nappy. However, I have found that since using pull ups with her I have been using the Little Angels one because this is the company which we have used since birth. I love how simple these are Jess can pull them up and down when she needs which is great because it means that it is quicker for Jess to get on the potty which means that there is less a chance of an accident. These are super absorbant so if she does manage to have an accident it is not as much as a problem as if she had an accident in a pair of pants.
What did you use for your child when they were potty training?
Charlotte x