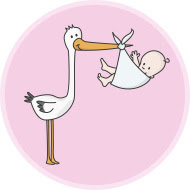 Today I am going to share a personal post with you I should be starting my third year exactally at the time this post goes up . This could be a long post so make sure that you are sitting comfortably. Before I start I will say that I have not mentioned this previously because of the fact that I thought that people may judge me and I was scared of the response which I could have received.

Way back in June on my boyfriends 21st birthday I found out that I was 3+ weeks pregnant at the time I though that even though I don’t agree with abortions I would have one because of the fact that we live miles apart and I was just about to complete the second year of my degree. However this is where this story gets a bit more complex. I found at I was actually 26 weeks pregnant which that is over the legal abortion limit which meant I would have to continue with the pregnancy.

This is when I started looking into adoption because I wanted to make sure that the buddle of joy which I had created could have the best life the could something which I didn’t think I could provide due to my circumstances at the time. I will admit this was one of the scariest times of my life I was still living in my uni city which was 100+ miles away from my family.

On the 14th Sepetember I thought I was going to the midwife for a routine blood pressure check because it was slightly high the time before however I had just drank coffee but she wanted to check this was why and not some other reason. She measured my bump and noticed that it was 2cm smaller than the reading which she had taken a week previously a day before my due date. She referred me to the hospital for a scan to see if everything was ok telling me to expect a call in the next few days with a appointment for my scan. Within two hours of my midwife appointment I was having a scan to check everything this is when they found that I had a low amount of fluid surrounding the baby.  This was when I was sent to the day unit to see what they thought about inducing me as I was already 4 days overdue and booked in to be induced anyway on the 19th. Around 6 o’clock  I was taken to a private room where they told me they would be starting inducing me that night they allowed me to phone my parents who started the journey over however I knew they would have to go back home that night due to work. However I needed them because of the fact I did not even have my hospital bag with me due to not expecting to be admitted.

At 8pm the started to induce me by giving me the first tablet they said that if it did not work within 6 hours which it might not I would have to have another one at 2am the next morning. Just after they had started this my mum came however due to it not being visiting times she was only allowed a few minutes with me and allowed to drop my bag over. She already had a trip over to my house booked for the next day anyway as she had the Wednesday and Thursday off work. I was forced to say bye to my mum knowing she would be back in Chester at 5pm the next night.

It reached 2am and nothing had happened which meant that I need the second tablet but the baby heart rate would not settle down enough for them to be able to do it till around 3.15am and now all I wanted to do was sleep. At this time I was told no matter what I would be going to labour ward at 7am to have the drip which would work. Unfortunate for me labour ward was busy but now I was not alone due to my social worker coming to see me and staying till 5pm when she finished work which was nice of her. I got really uncomfortable I was strapped to a heart rate monitor for the baby and my back was hurting. Forcing me to have a cold can of coke and cold compresses applied to my back to try and reduce the pain.

Finally my waters broke at around 3pm which was 12 hours after the last tablet that I never actually did not get that drip. I was told as soon as a bed became available I would be transferred down to labour ward this finally happened around 5pm. Once I got down there they attached me again to a heart rate monitor and noticed that babies heart rate was not high enough and they were not happy at all. They told me that they were going to have to prep me for surgery just in case I need a c section. Minutes later when my mum finally arrived at the hospital I was prepped and told that I could keep in labour but I was only 3cm and baby could get in more distress but they wouldn’t be able to know until they could get the head and take blood. Basically I was being told I have no choice I was having a section I remember crying on my mum and asking her if she would come in with me which she did even though she was sat way back because one of the athnetists knew I was scared and was talking to me all the way through I loved him taking my mind off what was happening.

I remember being asked if I wanted to know the gender of the baby I had I said yes as I knew I had to name them I had been told by the adoption team. I told them that I didn’t want to see the baby after they had being born so they took them over to the side of the room I couldn’t see weighed them gave them an injection I had consented to. They asked me if I wanted to let my mum see the baby I said it was up to her which she chose to and then the baby left theatre before me to be dressed by my mum who chose to do it and then off to neonatal off they went waiting for me to be discharged and the foster parents to come and collect.  The nurse who was looking after my baby asked if I wanted some pictures so I said well I don’t have my camera but can my mum go and take my phone and do some this was allowed the only photos I thought I was going to get.

Back in my room on labour ward I ended up losing a lot of blood and being attached to 3 drips and having my blood pressure checked very 15 mins and a midwife sat with me all night. This resulted in me having to blood trasfussions in the morning after I nearly passed out in the shower. This could have been due to my iron levels getting down to 77 when it should be 100. My blood pressure also got drastically low it ended 70/30 which is dangerously low.  I think I scared everyone in the hospital I was told that I would have had the crash team if I had done this when I had been transferred upstairs.I was taken up around 4pm back to the private room which was where I told I would be for 2/3 days till I had recovered.

I had been told any time I wanted to see my baby just to ask a midwife and they would ring neo and tell them to bring her up or I could go down. Shortly before 6.30 I pressed the buzzer and asked if I could go down the midwife was off hand and said oh why you changed your mind. I replied no but I just want to have a cuddle I have been told that it should be fine. I finally got to met the baby which I had carried for the past 9 months I must admit I have not seen anything or anyone so perfect. I spent an hour down there before I had to back that night was one of the worst of my life because of the fact that I knew I wouldn’t see them again due to the adoption. This is when I made the decision which changed my life forever. I decided that I couldn’t go through with the adoption and I decided that I was going to keep her and bring her home with me. I have taken a gap year and then I am looking at going back to Chester to finish my final year however I may transfer to a uni closer to home. 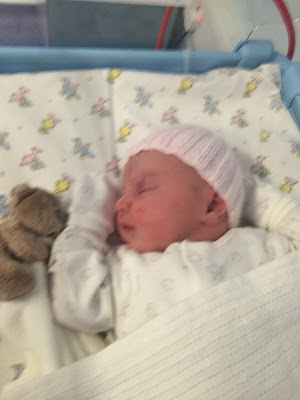 Please don’t judge me for what I have done

9 thoughts on “Swapping Third Year For A Three Week Old”