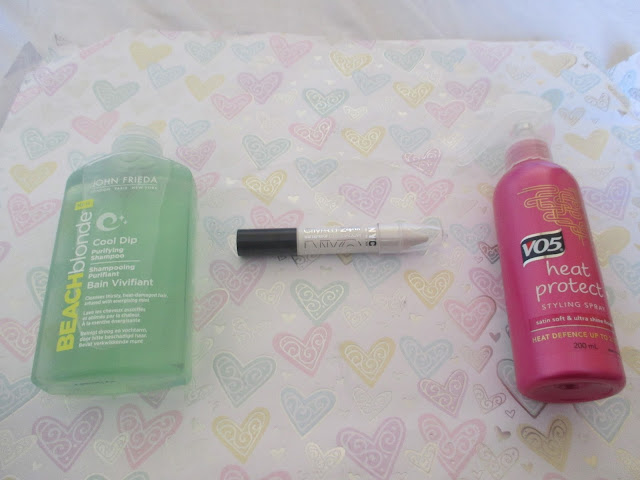 Hey guys
Today I decided that I was going to share with you a few bits which I have picked up in Superdrug on a recent trip. For me I was well restraint and decided that for the moment I am only going purchase items which I don’t have something in my stash which could do the job. I have decided that due to the fact that I didn’t realise how big my stash was.
Recently I have found that I have had a build up of products close to the roots of my hair. So to make my hair feel clean and get rid of it I decided that I would pick up the John Frieda Beach Blonde Cool dip purifing shampoo. I am only going to use this once a week and see if I can see any difference I will let you know how I get on but due to the fact that it was on offer for only £3.99 I could not leave it. 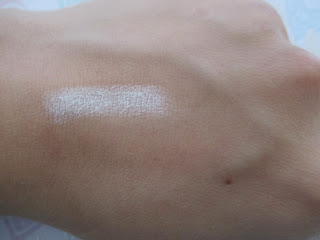 The only make up item that I picked up was the NYC City proof eyeshadow 24hr in 625 Rockfellar Snowflake. The reason behind me picking this item up was due to the fact that it reminded me of the NYX Jumbo eye pencil in Milk but this is can be really hard to get your hands on in the UK.  Hopefully this is a product which is similar and then it allow the eyeshadow which I put on top of it will pop. This eyeshadow has a very creamy texture and blends really well which is something which I want and you don’t have to press too hard to get any pay off.  This product is only £2.50 which is a bargain and if it is not something which I use a lot it doesn’t really matter.
V05 heat protect styling spray this is another product which I needed to get because of the fact the one which I have been using which is the Aussie on is running out and no matter which Boots or Superdrug I pop into I never seem to be able to find it. So I decided that I needed to try another brand before I run out completely one day. This V05 one was on offer and it is from a brand which have a good reputation so this is another reason why I decided that it was the one which I was going to see how I get on with.
Have you tried anything from this haul if so what did you think of it?
Charlotte x