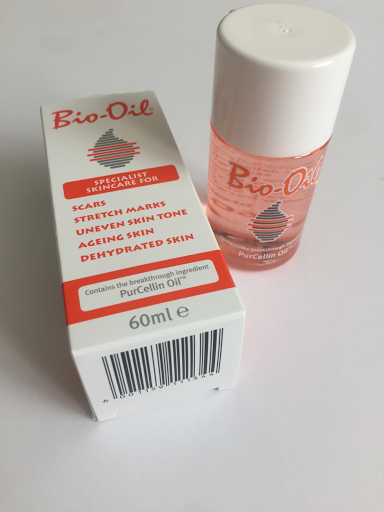 Today I have a different kind of post for you it is personal one it also includes a giveaway at the end if you keep on reading. During my pregnancy with Jess my body obviously changed shape a fair bit but due to the fact that I one did not know I was pregnant could not apply all the oils and lotions to my bump which you should if you want to avoid stretchmarks. Also because of the fact that it was only around the last month which I gained the weight rapidly I gain multiple stretchmarks. It was not only stretchmarks which I gain due to the fact that I had a c section it means that I also have this scar as well to deal with. 1 in 3 women are actually affected by scarring today I am going to share my stories about scarring.

I don’t just have stretchmarks on my stomach I have them on the top of my thighs as well as this is an area where I managed to gain weight as well. I am not going to share a picture with you because my stretchmarks are not something which I am 100% confident with yet. It seems that 60% of women also feel like they have to hide there scars usually under clothing. This is something which I do and i don’t plan on wearing any crop tops any time soon however I have reduced the viability of my stretchmarks and they are almost white/silver and blended in with my skin.

I will paint a picture though for you they remind me of tiger stripes and the way I see it now instead of something which I should be ashamed about.  I see it as the fact that I gained my strips for carrying my beautiful baby girl and it is something I have achieved and this is a reward that way rather than something which is negative which is how I first saw it. 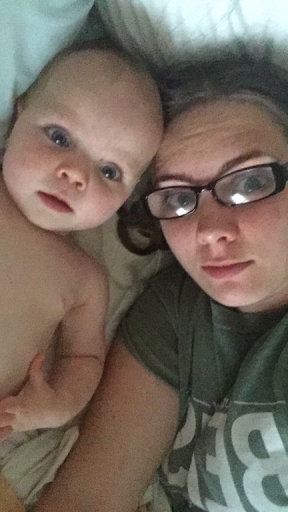 Just so you know this girl was totally worth at the scars which I have gained in order to have an amazing beautiful healthy baby girl.

According to the midwife in the hospital I have a neat csection scar. I originally struggled with my scare because it meant that I had to wear legging and shorts higher because otherwise it would rub on my scar and be uncomfortable. I still have not worn jeans yet 10 months on. I still can’t look at myself in the mirror because of the fact that I have not full managed to accept that I have a huge scar and stretchmarks but I am getting there due to bio-oil fading my stretchmarks and scar.

It is recommended that if you use Bio-oil in during pregnancy that you apply it to the areas which are more prone to stretchmarks so your bump and thighs twice a day.Even if you are not pregnant like me you can still use bio-oil I have noticed that it has helped my scars look less visable and I have been using it for at least 3 months like it is recommend I apply it after my morning shower and then also on a night before I go to sleep. I recently found out that you can use bio-oil on the face so this could help people who have ache scarring to see if this fades.

Bio-Oil have done a campaign which is called #scarsuncovered which is to make people talk about their scars and not be afraid of it. It should be something which we have conversations about it should not be taboo. They have created this lovely video which is inserted above they have also allowed me to give away one bottle of their 60ml product to three of your lovelies which retails for £8.95 and is available from Boots,Superdrug,Tesco,Primark,Amazon and other Pharmacies nationwide.
a Rafflecopter giveaway

Good Luck Lovelies this competition will end on the 8th August all winners will be contacted by the 10th August. The prizes were supplied via bio-oil for me to giveaway to you.

12 thoughts on “#ScarsUncovered With Bio-Oil Plus Giveaway”