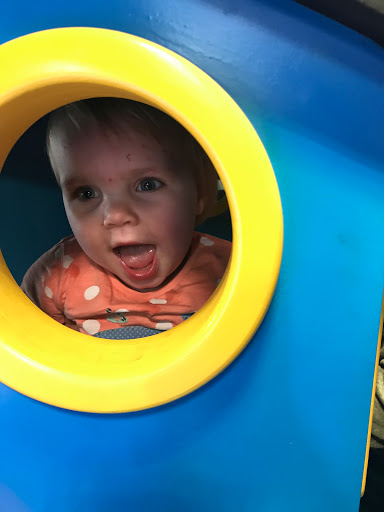 I know this post has been a long time coming. Every time I see the pictures I know I need to do the review. We did actually visit at Easter which is why Jess may look young. We visited the Mattel Play! which is on the Albert Dock in Liverpool.

The only reason I actually knew it was there was that I had seen the lovely Hayley from Sparkles and Stretchmarks visit with her boys. Mattel is a 3 floored building which is designed for under 5’s. The top floor is dedicated to Thomas the tank engine. Jess goes on a lot of trains which means that she loves to watch Thomas as well. 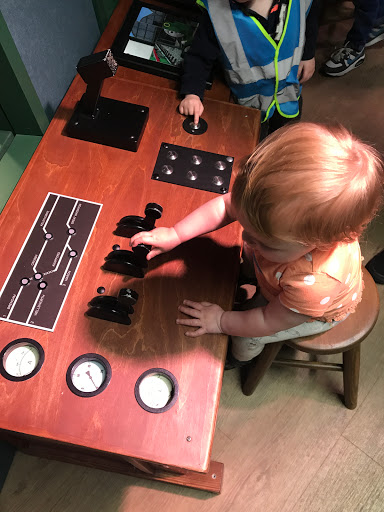 On the Thomas floor, there is a signalling box.  This allows your child to feel like they are in control of the whole network.  As you can see Jess is playing with part of it here. I think we had to wait a while for her to actually come off because she was having so much fun.
Also on the floor, there are little trains which the children can get on a be pushed around on.  It is almost like a ride on Thomas. The member of staff pushes them around so this does save your back which is always a bonus. There is a farm which allows the child to grow the fruit and veg before picking them . This allows your child to learn their fruit and veg in a fun way. 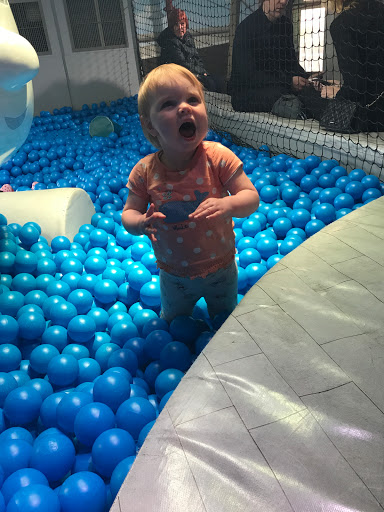 There also was the coal works which has foam bricks in which you could build the areas. It  was a little dark and this was not something which actually interested Jess. You could even drive a stationary Thomas which of course Jess spent a fair amount of time on. She wants to think that she is a train driver after all. However, I think Jess’s favourite part of the floor was the ball pit which has Harold the helicopter. You get out of the helicopter using a slide and get back into the ball pool.  For sure this was the bit which she spent the longest in it was so nice to hear her laugh so much after having chicken pox. 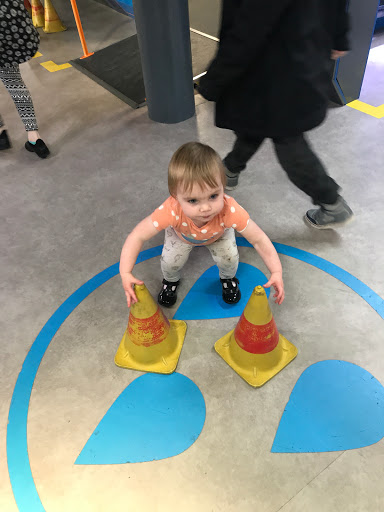 The second floor is dedicated to bob the builder which I will admit is a show which Jess has not seen a lot of. I think since the visit it is one which she has seen more of. On this floor, they have beanbags which allow you to sit and watch episodes of the show. Jess wanted to be off playing rather than sit and watch an episode.

They have a kitchen which allows you to make food and drink for Bob.  Making his lunch before he departs for the job. I know this is an area which Jess would love so much more now as she is obsessed with play food.  They also have an area where you mend pipes and stop a water leak . You can also build a new wall for a house. These are area which Jess spent some time at. Even if she did want to break the wall rather than make it.

The other activity is tracing your favourite character from the show however, Jess was still a little bit young. I on the other hand had a great time doing this. To be honest I think this is hard for any under 5 to do. 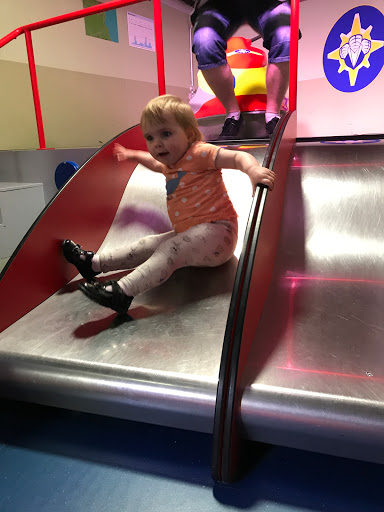 The third and bottom floor is an area dedicated to Fireman Sam. So as you can imagine as you enter you can put on fireman’s helmets these were too big for Jess. This did mean that she did not want to keep them on for long. I found this section to be the smallest of all levels.  You have little slide area which Jess loved walking up the stairs and sliding down. A speedboat which you could drive and use the hoses to put the fire out which was on a wall. This floor also has a little grocery store which Jess decides she would fill her trolley up and pretend to be a shoplifter. Mmm might have to keep my eyes on this little one. There was also a huge fire engine in there which you could play inside but this is not something we did.

When Mattel is busy you get a period of 2 hours from entrance.  We did everything we wanted and spent around an hour and a half after all we were shattered. Overall we had an amazing time I seem to remember that it was not very expensive for how much you actually got. I would revisit maybe in a years time when Jess may get more out of it. Anyway, that’s just an excuse to visit Liverpool again.

Have you visited Mattel Play If so what did you think?