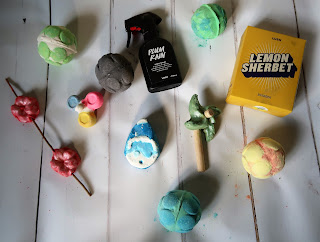 Way back on the 26th August I managed to visit the holy grail shop for any lush fan’s which is Lush Oxford street a 3-floor store which sells just pure Lush. Which as I am sure you know because you’re on my blog is a kind of heaven to me. The store opened way back in April 2015 and it has taken me this long to visit. I was down in London for the challenge cup and found myself in a bar about 15 minutes walk away from the store so I had to pop quickly and due to the fact that I had to carry it so I only picked up the ones which were exclusive to the store.

Cherry Blossom reusable bubble bar is one of those items which I managed to pick up Cherries are one of my favourite scents however, it is not something which Lush do a lot of for some reason I don’t actually know why. This is not a scent which reminds me of cherries too much it reminds me more of cherry bakewells and the cherry boiled sweets. This for sure is going to be one which I would love to come to normal stores because for sure this is one which I would be repurchasing I have not actually tried it out yet but it is one which I will be using in the near future. 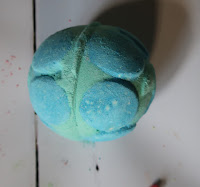 Big Calm Jelly bath bomb is one of the first jelly bath bombs which Lush have done one is meant to help you sleep which at the moment is something which I am not having a problem with because I am so tired all of the time. The reason it is designed to send you to sleep is due to the tonka and chamomile I think this is one I purchase for when I have a lot of deadlines and need myself to be sent to sleep. I know these are not exclusive just to Oxford street there is around 10 stores nationwide which have them in. Unfortunately for me, my local one which has them is Leeds so if I do end up loving it I am going to have to purchase online. I think this is my favourite of the jelly ones which I picked up. 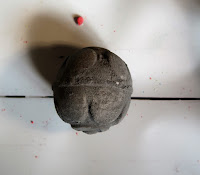 Dark arts Jelly bath bomb which has now changed its name to I think secret arts is this lovely black bath bomb I am surprised it took lush this long to do something which turned you bath black because we all know Lush like to be a little bit different when it comes to their products. This bath bomb is cinnamon, orange and almond which gives it a very spicy cinnamon with a hint of orange scent. This is one which I have not used yet because I thought I would save it for the winter when the weather turns as this is one which I think would suit that time of year more than when I purchased it. I am unsure how much I am going to love this because it could be like bathing in a bath of tar but this is sure going to be an experience. I may do a post about my experience when I have used this and do a review on the product. 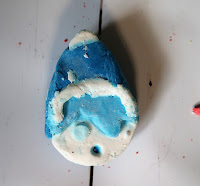 One Eskimo is a bubble bar which I picked up out of session but there was no way I could leave it as it shares it’s scent with Christingle which is a very menthol/ mint body lotion. This is a bubble bar which is going to be part of the Christmas line if I am not mistaken. This has a hint of grapefruit, spearmint and peppermint. I feel like this is going to be one which is great should my muscles be sure because mint really seems to help me or if you have bad sunburn this may be a product which you want to try. This for sure is going to be one which I am going to be stocking up on in the coming months. As I think if this is part of the Christmas range it will be coming to all stores. 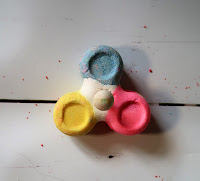 Fidget spinners are something which was a huge trend this summer and of course Lush had to jump on the bandwagon and make their own fidget spinner bubble bar. This is one which I had to pick up because of the fact that I love anything novel and this is of course citrus so there was no way that I was not going to be picking this one up. I can not actually say what oils are in this because I can not find it online so I am sorry for this. This is a product which produces a ton of bubbles so is one which Jess adores as well. I do seem to think that you purchase this in all stores now throughout the UK.

Green coconut is another jelly bath bomb which does not sound a combination which most people would think of this bath bomb does not smell overly of the usual coconut smell which we have got used to with Lush instead it is almost a curry smell which I get when I have a whiff of this product. I know that this is something which could put a lot of people off because they may not almost like the thai green curry scent that this product is. However, to me, it not a spicy as a curry would be and have as many in it. This is going to be one which is going to be very interesting as I do not know how I feel about sharing my bath with green slime it may be an experience which I am not going to love. I think I will have to report my findings on this very soon. 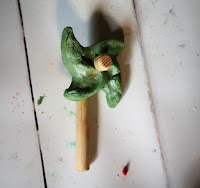 Green windmill is another one which I picked up purely because of the design I am a sucker for anything I guess you could say gimmicky. The scent on this is a really nice as well which is always a bonus it is a very fizzy kind of citrus smell with almost a hint of ginger I know it sounds like the stranges combination of product well scent ever but I promise you that it is one of the nicest that I have smelt from Lush and so different to anything which I have ever tried before. I am gutted I dropped mine which means some bits have come off but I am sure it is still going to make pretty bubbles in the bath. 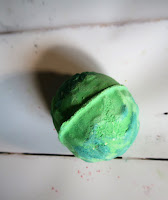 Guardians of the forest bath bomb is another one which I knew before I headed into the store is one which I needed because of the fact that it is the closest which we have to Lord of misrule all year long which is one of my favourite scents of the year. It is a very earthy scent which has a lot of Cyrpuss oil, rosewood and moss oil which means that it really smells of the forest as the name suggests. There is nothing better than the this when it is in the spring which is one of my favourite times to visit the forest.  This for sure is one which I would be purchasing more if I lived closer to oxford street I might have to purchase this one online because I know it is going to be a firm favourite. 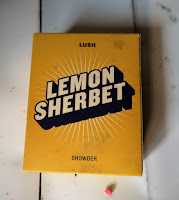 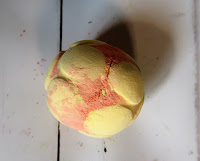 Marmalade is the final jelly bath bomb which I picked up I thought that it was going to be a scent which is similar the famous condiment so I thought it was going to be a very juicy orange kind of smell. However, this is not the case at all to me it is a hell of a lot of powdery scents which is not something which I am a huge fan of. This for sure is not my favourite and I do not think it is one which I am going to be using for a long time because I have more which I love in my collection. I might even let Jess try instead and take photos that way because I am sure she would love jelly in her bath. I actually almost regret purchasing this one. 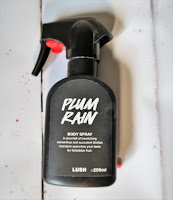 The final item which I purchased was this plum rain body spray which of course is the same scent as the shower gel. This is one which I love because if you have ready my review of the shower gel you will knoe how I like the fact that this is a different scent to others which I have in my collection it is a fruity and fresh scent. This is going to be perfect for spraying on when I am going to university in a morning, The scent on this lasts for a fair amount of hours I know this is going to be one which I am going to get a hell of a lot of use out of.
What exclusives have you tried from Oxford Street?
Charlotte xx