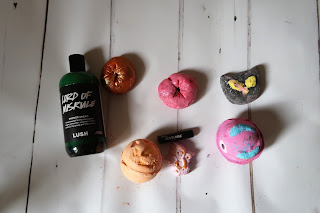 How has the time come around already for Lush to have released the Halloween collection this year it was late coming into stories it only launched last week, however, you have been able to get your hands on a lot of the products should you have ordered online. I have only picked up a few of the items this year as I picked some of them up previously when I visited Oxford street in August I promise I will share that haul with you in a couple of weeks time. I will apologise for the state of some of the bath bombs they fell off my pram on the way home and smashed which was not great. I know you can see ghost fairy in the main picture, however, I have since lost this product so I can tell you what it is like as I can not remember from when I purchased in store. 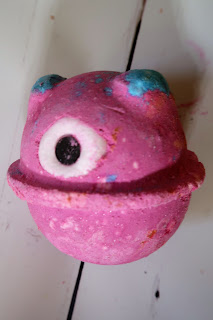 The first item which I knew I had to have was the monster’s ball bath bomb because it shares it’s scent with my favourite or one of my favouorite scents which is calacas. This makes such beautiful coloured water which is amazing for someone like me because it is purple and this is one of y favouote colours combined with the citrus smell which calacas has. This is one wish could be around all year long because of the fact I adore it that much. The reason this smells so amazing is due to it having the main ingredient of lime oil which always makes my mood increase and makes me feel uplifted it also has a ton of cocoa butter in which makes your skin feel soft which is something I am always needing at this time of year. For sure this is going to be one which I am going to be picking up more of before the end of the season. 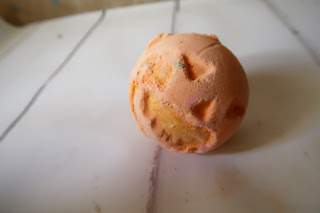 Pumpkin bath bomb is not one which I picked up last year I do not think because of the fact that I was not a huge fan, however, this year I decided that I was going to give it a try. This is not one which I think smells of pumpkins not that I know what one smells like instead, I think it feels very much  vanilla and spicy scent which makes sense when I look at the main ingredient of this bath bomb which is citrus which I can not smell however, it does have vanilla so this might be a reason. This for sure I can imagine is going to make a very bright orange colour in the water and I have a feeling should I not like this Jess is going to love it and get used of the water. This is not one which I think I am going to purchase a lot of before it disappears. 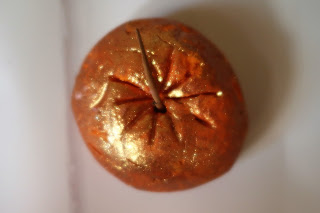 Sparkly pumpkin bubble bar is one which has visited us for a fair number of years now, however, because of the fact that I am not a huge fan of the glitter it is the first time that I have ever purchased this. On dry sniff of this product it smells like it a cinnamon/ spicy product mixed with one which is a little bit fruity which is amazing as for me because I really love the spicy products which usually come out later in the year as part of the Christmas range and as you know I adore my fruity scents. I am sure this is going to be one which I am going to wonder why I have not picked up in the past I might have to try this before this product goes. I think the water is not going to be the prettiest but for sure it is one which I am going to enjoy trying. 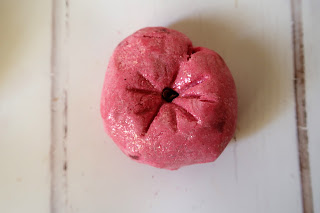 Pink pumpkin is new this year and when I saw it online for some reason I thought it was going to share the scent with snow fairy, however, this is something which I was incorrect with instead it shares it scent more with rose jam however, it is not as strong as rose jam because of the fact it has jasmine in it which stops been too overpowering. This is something I can find occurs with rose jam often. I think this product is going to be one which is very relaxing and going to help me de-stress which is something I need to do a lot at the moment with the stress of third-year university. 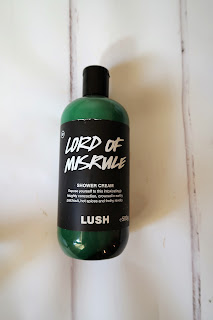 Lord of misrule shower creme is one of my favourite shower gels this is going to have to be repurchased a couple of times so I have enough of this to last me all year. It is a very strange scent to explain so I will recommend if you can pop into a lush store to have a sniff of this product I would. It is black pepper and patchouli with a hint of vanilla which gives it such a strange but beautiful scent. This is a thick shower creme which keeps your skin so soft and it does last for a long time which is something I love as this is one of my favourite scents and I look forward to every Halloween when this product comes out. 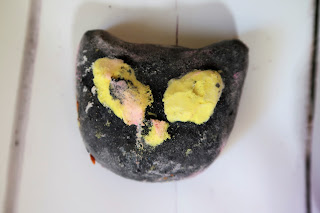 This beautiful cat is called bewitched bubble bar this I am sure is going to bring one of the most amazing black water and everyone has to love black baths. On dry sniff this smells like blackberry which is a bath bomb which they have got rid of this year mixed with the comforter which is my favourite bubble bar. This is not a floral scent or too much of citrus this is a sweet scent which is a change in this collection this year. This for sure is going to be one which I need to check in the water and see if I like it before possibly purchasing some more of it. 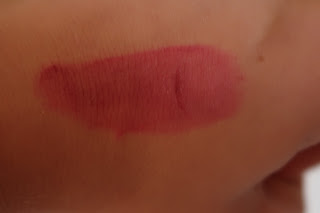 The final item which I picked up from the range was a lip tint in black rose. I will admit I don’t know if I ever have tried a lip tint from lush however, I had seen swatches of this and new I had to try it this it comes black in the tube and into a berry kind of pink which is one of my favourite colours to wear at this time of year. I will say it is pretty sheer which means that it is one which I could get away with wearing when I hardly have a lot of make up on and it would not look out of place which is always good. For sure I can see myself getting a lot of wear out of this little beauty.

Have you picked up anything from this range yet of so what did you get? If not what do you have your eye on?