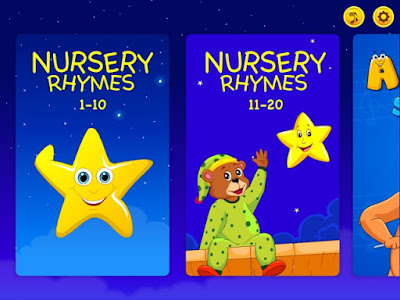 Today I am going to share an app with you which helps your child learn. Jess has always been amazed by technology such as remote controls,laptops, mobile phones and Ipads I put this down to the fact that she see other people using them all the time. So when I was contacted by the lovely people at Kidloland to review there app I jumped at the chance.

Kidloland is an app which is available on IOS or Andriod depending which devices you have it is aimed at the under 5’s to help them learn. Jess has started talking a little bit well you can understand her she says Da Da and hello and occasionally Ma Ma. I thought that now may be a good time to introduce her to colours, shapes, alphabet and also songs as this is something which she will learn when she goes to nursery I would imagine. 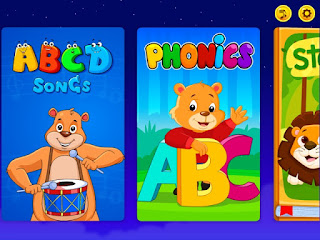 The first thing I noticed when I downloaded the app was how bright and colourful it is. This is very handy for me because it means that it actually grabs Jess’s attention and can keep it for a short while due to her age she doesn’t have a very long attention span. One thing which I can say I love about the app is the fact that it is so easy to use even Jess who is only nearly one can change the song if she wants or click on something else. It is so easy to use you can tell the app has been well designed and targeted at that age group due to the fact that it is a product which works so well. 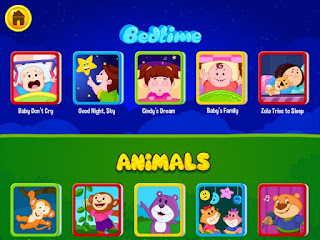 Jess has shown an interest in the songs due to the fact that they move and it is like watching something on youtube. She loves the ABC and stories as well I have been known to put this on the side while she is drifting off for a nap during the day so it reads her a story just like you would do at bedtime. 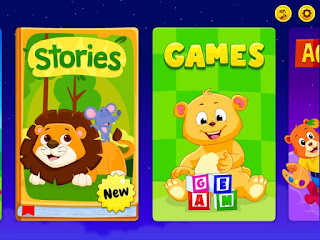 There is also things to do on the app for bigger children for example there is games and activities I am sure those will be good as she grows and when she wants to start playing more. It pleases me that the app does so many different age ranges it will grow with her from been a nearly one year old to till she is around 5 and starting school. I can imagine this app when she is a little bit bigger been very good for travelling due to the fact it saves you taking a lot of story books with you and also it gives your child something to keep them entertained should you have a long delay. This is something we will be using on our hour commute to nursery when she is starting to get a little bit grumpy and it doesn’t mean taking anything extra as I would have my Ipad on me anyway.
The lovely people at Kidloand have given me the opportunity to trail out this app however all my views are my own, They also have give me 3 months free subscription to the app for 5 people to giveaway . The giveaway will close on the 22nd September and the winners will be contacted shortly after.
a Rafflecopter giveaway Good luck if your entering the giveaway