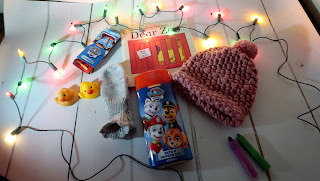 Toddlers are one of the easiest people I have to purchase gifts for this Christmas, of course, I have a two-year girl, however, some of these you could use for different ages or girls boys as well. I have decided that this year I am going to only going to do stocking gift guides the reason behind it is because I prefer to purchase people smaller gifts which mean so much to them. I will say that Jess this Christmas is going to get a toy kitchen I think from us as her main present because this is something which she adores at nursery and she loves pretending to cook for us all of the time as well.

In this gift guide, they are items which Jess already owns nothing is actually her presents the reason behind this is she was with me when I was photographing and some of her presents are actually hidden already. 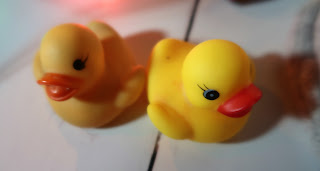 Toy ducks are something which we love in this house I think on last count we had 13 however, some of the ones which we have are starting to get all manky and horrible. They are something which Jess loves to play with in the bath and has a great amount of fun with. We have had it where we have been squirting each other while in the bath.  I think this is something which Daddy has taught her actually because I know she has the squirt ones at the grandparents as well as having some normal ones as you can tell we are a huge fan of ducks. I usually pick them up on Amazon or cheap shops because the quality does not matter as they still go mouldy after a period of time anyway. I think I might have to inspect Jess’s and see if she does need any more this year as I know this is something she loves playing with. 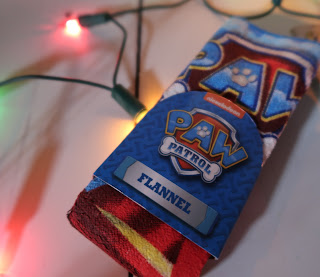 Flannel’s might not seem like something you would think about when you are thinking of what to purchase for a toddler stocking, however, if it has their favourite tv show on I am sure it will be a hit. We have a sponge which used to have Marshall from Paw Patrol on and every time Jess is in the bath and doesn’t want to put her body wash on I say well should we put Marshall all over your body and she loves it. I remember when I was a child there was nothing that I love more than putting the flannel on my head when it was wet. I know there is a picture of this somewhere don’t worry Joe I will show you on it I look the double of Jess. Flannel’s can be great if your toddler wants to wash the other toys they may have in the bath or something like this. You can pick them up for around £1 and they are something which could bring a lot of fun to bath time. I know Jess will lose her tiny mind when she see’s this one. The glove ones are also good which they sell in Primark for around the £1 mark and would make a great gift as well. 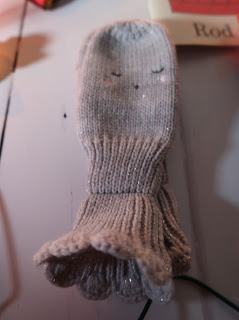 These are the gloves which Jess had last year so there is a chance that you will not be able to get these exact ones however, gloves are something if your toddler is like mine and loves to be outside is something which we could not do without. I know some people manage to lose gloves easy so it would be a good time to replace them I am lucky that my toddler at the moment does not seem to be one of these people. You can purchase some gorgeous gloves I seem to remember these ones being from H&M however, you can pick them up anywhere including places such as Primark and they can be pretty inexpensive. I know at the moment Jess for some reason is obsessed with gloves maybe it is because she travels a lot when it is cold, however, they would be a good present which she would love at the moment. 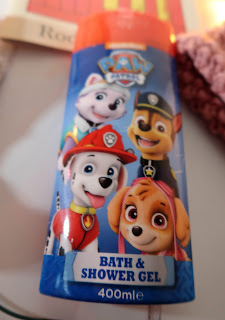 Having a mum like me means that Jess is loves sniffing bath bombs and shower gel I think this could be the start of an expensive addiction like Lush for the little monkey. So for Jess receiving something which she could use in her favourite place the bath or the splashy splashy as she calls it would be great. I found this one in Home Bargains I think it is around 69p and of course, it has her favourite people on the front Paw Patrol which is something she loves. I recommend getting one which is going to be suitable for your child you do not have to get ones which have their favourite characters on you could purchase one which smells good I know Jess would like that as much as one with her favourite set of characters on. 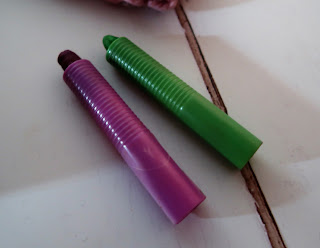 Bath crayons are another item which we seem to adore in this house this is because of the fact that we can draw on the bath while we are in the tub. Jess loves to draw this is not something which she only likes to do in the bath she likes to draw anywhere. Last Christmas I actually purchased her these bath crayons I think I purchased them from Amazon however, I have since sene them in cheap shops such as poundworld. These have lasted us all year and we have actually been using them moth bath times you get them in a pack of 6 ours are starting to run down so I think I might actually have to repurchase some for her stocking this year.  To find them on amazon all I did was search bath crayons I think they are around the £1.25 mark so they are not that expensive should your child not be that interested in them. 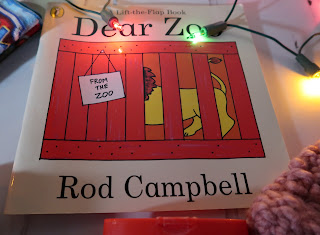 Books are another thing which I think would make a great gift for your, child I have to choose Dear Zoo because this is a cult classic and one which Jess is still obsessed with, however, you can purchase books which are more appropriate for the age of your child.  I will not be putting any books well maybe a couple of books in Jess’s stocking the reason behind this is even though she loves to read I am making her an advent calendar which is a book one if you haven’t seen about it I have a post which went up a couple of weeks ago.  I have listed the books which I have purchased so if you are looking for a book gift for a child around the same age as Jess I would recommend checking it out. Reading before bed is something which we love to do because it gets her interested in books at a young age and it gets me back reading because this is something which I do not seem to have as much time for any longer and it is something which upsets me. 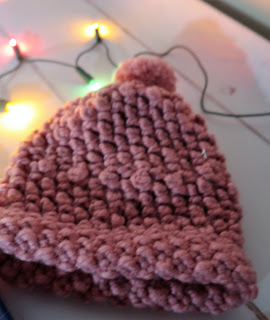 The final item might seem one which is a little bit strange however, it is a bobble hat again hats are something which Jess likes to keep her head warm as well as play peek-a-boo with. This is one which was actually hand knitted by her great nan and this is something I am very thankful for. If your toddler does a lot of playing outside this is something which they at adore because it means that they are still able to play outside even when the weather turns a little bit chilly. I have seen some beautiful ones from the like of Next and even Primark this year so there is a hat for every budget.
These are just some ideas what you could fill your toddler’s stocking with. I have not fully thought about what Jess is going to get this year however, I am sure this is going to be something which will change during December once my assignments are handed in.
What are you putting in your toddler’s stocking this year?
Charlotte x