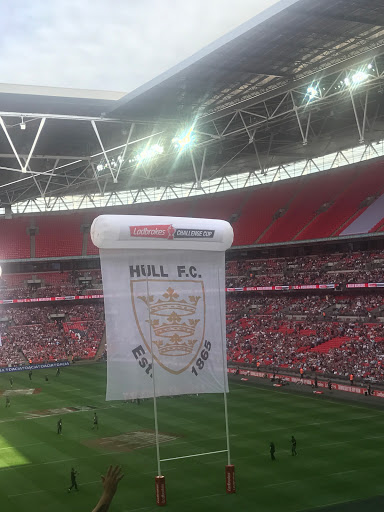 At this time of year, everyone is looking for that perfect gift whether it is a beauty product, gadget or toy. Usually, when thinking about presents, we think about an actual physical gift which we had to someone so we can see the joy on their face when they receive it. I remember it must be getting on for 10 years now when a mobile phone used to be a gift you used to want this is before the days of everyone having contract phones.

The other day I was thinking about the perfect gifts and some which I have purchased for other people and also received myself. Since a young age every single year I have received a rugby season pass for Christmas this is something which gives me hours of pleasure throughout the year as well as hours of pain when we lose I am sure. This is something which gives me time to bond and spends quality time with my brother and Dad something which not many 22 years olds do when they have their own family. My brother and I  have been very lucky to receive them from our parents. I think there was one year that my brother had a cricket, rugby and football season pass not bad for someone who lives in Hull. The boys often can be found in other parts of the country attending sporting events such as horse racing meetings and away football matches.

Alongside this should the teams we support do well and reach finals we are lucky to attend these matches as well. A few years ago now it maybe around 4 years ago now I went to club Wembley for a rugby league international match with my Dad during the game he stated I will bring you back to club Wembley for the Challenge Cup Final one day. These are tickets that have never been available for the final until this year, and by a fate, you might say our team actually got to the final and because I was in charge of ordering tickets we actually ended up in that section. The day was terrific and I am not just saying that as a result of the outcome of the game.

These are memories which I am going to treasure forever, I have been lucky to attend 5 Challenge cup finals, several grand finals, an FA cup semi final, the grand national at least 5 times alongside countless amount of rugby away games and international games. I have attended concerts seeing bands such as Mcfly and Status Quo the which was a Christmas present to my mum 3 years ago along with comedians such as Sarah Millican. I have been even lucky enough to attend multiple shows on the west end and these are some of the greatest and most vivid memories I have of the last few years.
It doesn’t have to be sporting events which create memories as I know this is not something every single family are into. My family just have a deep passion for sports. It could be going on a spa day which is something that has been gifted to my mum in the past, and this is something which I would do again in the future as I know it is something which she enjoys and it is a way for her to create memories as she is not as into sport as the rest of the family.

Only last year I purchased Joe for his birthday an experience day which allowed him to go drive supercars and I am sure this is something which he will never forget. This proves that gifts do not have to be physical for them to be an excellent gift sometimes memories mean a hell of a lot more than a physical present or it does to me. Again this was not a sporting gift as this is not something which he would have got as much joy from.

This could be the rest why this year I have actually purchased a few experiences which are going to create memories as gifts for people this Christmas.

What’s, are some of the most memorable gifts you have received that have created precious moments for you?