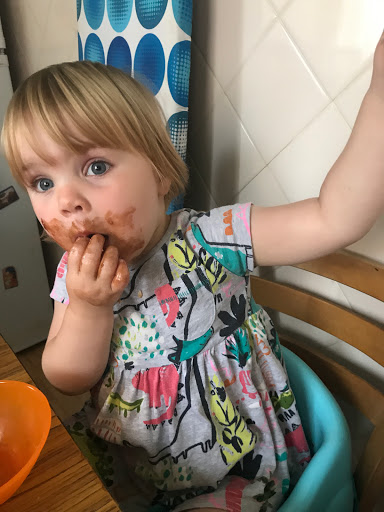 Dear Dada
Another week has passed wow this time of you been away really does seem to be gone can you believe that it is going to be around 10 days time and you are actually going to see my little crazy face again. I bet you can not wait because I have grown up so much and have so much more to show you. You know that I am not going to leave your side because I think I am going to fear that you are going to leave again because you have been gone for such a long time.
This week everything had got to us because we have been so busy for the whole time that you have been away and I think it has hit us both that we need to chill out a little bit because do not forget in a couple of weeks Mummy is going to be back at uni and life is going to get crazy again. I know she is going to be super busy and no doubt stressed because she will have so much work to do and it is important because it is her final year.
Monday was bank holiday but as you know this does not mean that it is a day off for Mummy nope she ended up going up to Ripon and working there. This of course meant that I had a to have a grandma day which is something which I think I needed because it means that I can play with the toys which I have at home and no doubt I will find some toys which I have not had out for a long time because this seems to be something which I do everytime I have a grandma and Jess Day.
This week I only had to go to nursery a couple of days because the car had to go to the car hospital this week which meant that I could not go to nursery so I had to stay at home and have another day at home which I was allowed to chill. I still have been loving the play kitchen and making pictures maybe if I am lucky I will be able to bring some of the pictures which I have made home for you to see and possible you can take one so when you are missing me you can just look at it and it will be like I am close to you.
This week saw change my wardrobe size I have now finally gone into my 12-18 months clothing which is shocking seen as I am going to be 2 this month. Mummy is glad about this because apparently, I have some very nice pieces which I can wear now, however, it does make mummy sad because of the fact that she is going to have to sell some of her favourite pieces of on eBay but at least it does me that we will have some more pennies to spend on more clothing because you know we love purchasing clothing.
This weekend we have had such a chill out because if we didn’t I think mummy might have actually burnt out which is something which we really do not want to happen. I think that she actually decided to nearly have two pj’s days which of course is her idea of an ideal weekend at the moment because as you know mummy never seems to stop which is not good for anyone let alone her. She did watch the F1 but it was not a great race and I do not think this pleased her because she wanted some excitement but this was not the case.
Next week hopefully will be a productive but quieter week for mummy because it means that she may be less grumpy which means that she might actually want to play with me and that is something which I love doing.
I love you and miss you so much Daddy
Love Jess xxxxx