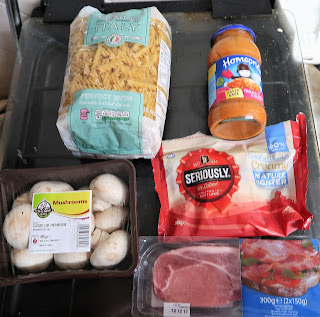 A couple of weeks ago I actually was cooking for my brother and Jess one Saturday night and of course, they are both people who love pasta and cheese so of course I have to use these items so this when I decided to create a cheesy bacon mushroom pasta bake. This is something which would keep us warm on a cold autumnal night because after all it is something which felt super hearty and that is always something which you want at this time of year.  So today I thought I would share with you the recipe and pictures so that you can make it yourself.
The ingredients for this recipe is:
5-6 White Mushrooms
6 Slices of Bacon
Cheese
200g Pasta
A Jar of pasta bake source
Water
A shallow ovenproof dish
Pan 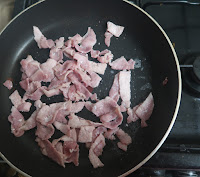 The first step I did was cut the bacon and I had to cut the fat off the bacon because this is something which I can not stand. Of course, I had to make sure that the bacon chunks were not too big because I was feeding a toddler and sometimes she decided that she does not want to chew food up even though she really should. I fried it till it looked like it was all cooked it doesn’t matter if it not fully cooked as it will go in the oven later. 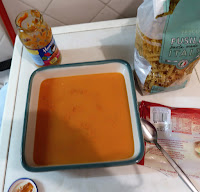 What are your favourite recipes to cook in the autumn/winter months let me know. As cooking is something I want to do more. 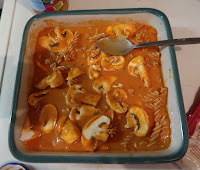 I then stir in and made sure that it all of the pasta was covered because this is what is going to give it the flavour. It is at this stage I added the mushrooms which have been washed and sliced you could actually purchase them this way if you wanted to. I think I added about 5-6 mushrooms into my recipe. I also added the bacon I forgot to take a picture when I had added the bacon but this is when I did this. I put it on gas mark 5 I think it is for 25 minutes 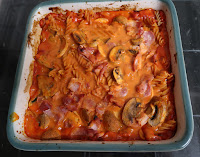 This is a picture of the pasta bake at halfway you need to remove this from the oven after 25 minutes this is the stage where you need to make sure that you stir it. Make sure that the pasta is all over covered in the sauce and if you want the cheese to add this to the top. Of course, I had to add a ton of cheese because these people are cheese fiends Jess would have it all the time if she could. You need to then put it back into the oven for another 20 minutes. 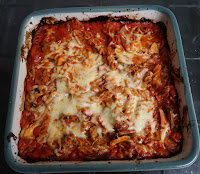 What are your favourite items to cook in the autumn/winter months because cooking is something which I want to do more and hopefully get Jess involved in the future. Please leave your recipes links in the comments.