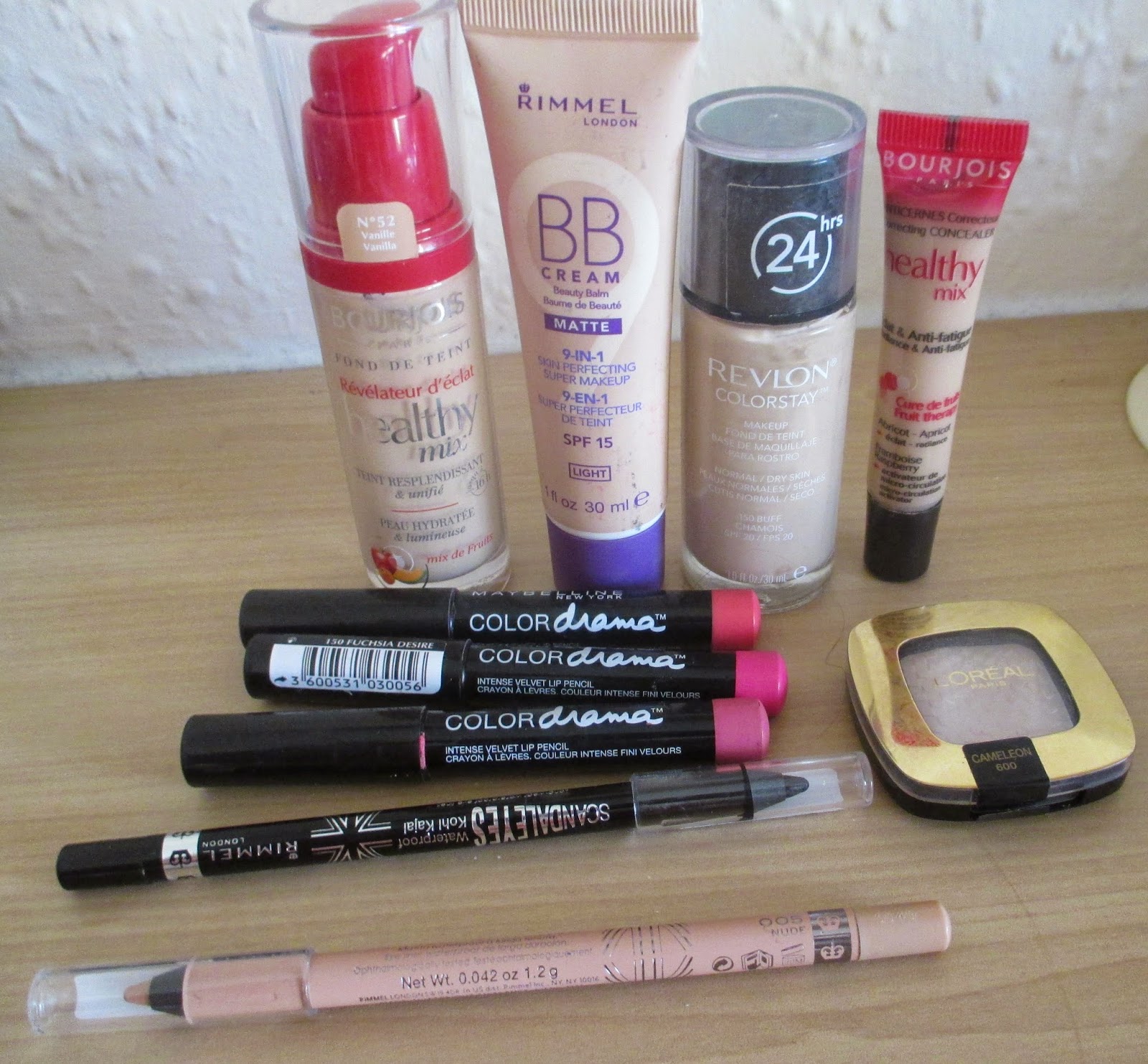 So in the middle of this month I popped into boots because I decided that I wanted to pick up some new bits because I was getting bored of what I had in my collection.

First I added to my basket the Bourjois Healthy Mix Foundation in Shade 52 Vanilla  I decided to get this because I didn’t have a foundation which was not too heavy coverage and was more than a BB cream, I have read some reviews on this foundation and decided that I would pick it up and see what I think of it.

With the weather getting warmer I decided that now could be a good time to get a BB cream as I don’t like wearing foundation as much in the summer, I picked up the Rimmel BB cream Matte in light.I don’t know if it is just me but this seems to be a really dark shade for the start of a line however if I get a bit of a tan or fake tan this might be a match for my skin. Since then I have picked up the Bourjois CC Cream in Ivory and have fallen in love with it let me know if you want a review on it.

For when I wanted a higher coverage I decided that I was going to get the Revlon Colour Stay in Buff. I will say that this foundation lasts all day and gives a beautiful amount of coverage. I managed to have it on for around 17-18 hours and I could see it was still in place before I removed it so I would recommend this if you are looking for a hard working foundation.

The final base product I picked up was the Bourjois Healthy Mix Concealer in 53 dark radiance now I will admit that I picked the wrong shade up when I was in store and I meant to get the lightest shade but I am going to work with it and see what I think due to the fact it doesn’t look that dark , However I am also going to get the correct shade that I need in the next few weeks in order to try it properly.

I seem to have had a stage of losing all my eyeliners and for the life of me can not think where they have gone which means that I have had to repurchase a new black and also a nude one.I decided that I would just go an repurchase the Rimmel Scandel Eyes Kohl Liner.I both shades because I know that I get on with these trusty products

The final eye product which I picked up is the Loreal Color Riche Mono in Chamilion . This is a beautiful shade when you are doing a nude smokey eye and a colour which can be worn every single day. There is not a swatch of this product due to the fact that I can not get it to photograph and it to show up. 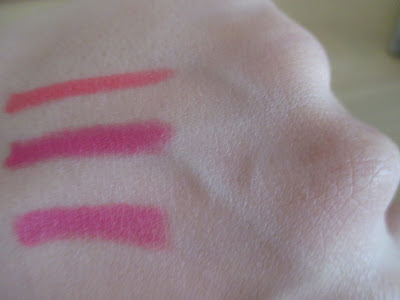 The last three products which I picked up were the Maybelline Color Drama Lipsticks , In order of the swatches top to bottom they are In with coral,Fushia Desire and Love my pink. I have worn these shades a few times now since I picked them up and have found that they are so easy to wear and they last a long time even when eating and drinking.
What was your favourite thing that I picked up in this haul and if you want to see full reviews on anything please let me know in the comments.
Charlotte x