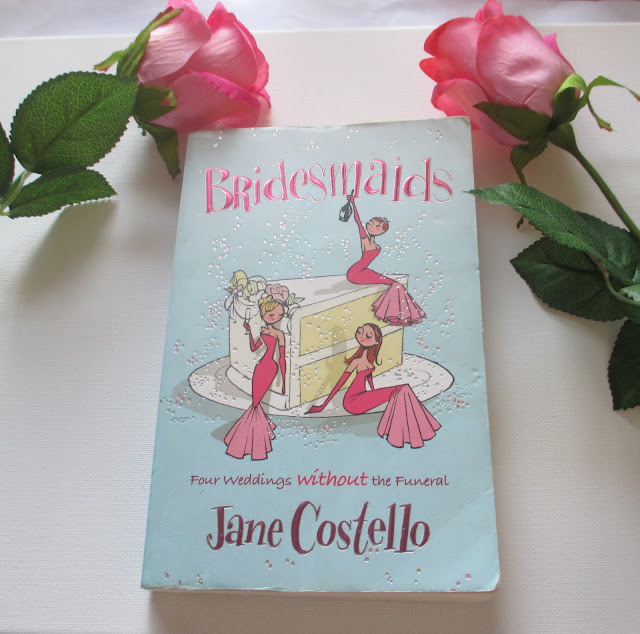 As you might remember in my September goals I mentioned the fact that I was going to try and read two books a month. Well you will be glad to know that I have completed the first book and what better way to celebrate then to share a review with you.

” With less than an hour to go before her best friend is to walk down the aisle, Evie is attemtping to fulfill her most important as a bridesmaid: to deposit the bride at the start-line. Although the odds appear stacked against her, she at least has her new ‘chicken fillets’ to boost her confidence. Until that is, they are witnessed popping out of her dress by the dazzlingly handsome Jack.

Evie is twenty-seven, a sparkly,down-to-earth journalist who has never been in love and has started to think that she never will be. Small wonder then that the prospect of so many impending weddings fills her with utter trepidation.

I never thought that I would fall for such a romantic book usually I love it when there is a huge twist. However when I was reading this book I stayed up way past my bed time last night because I just couldn’t put it down before I finished it.

The story line is so predictable. It offers the common formula of a love story found in chick lits but this book is so easy to follow you hardly have to think as you are reading it.
The only critisms I  have of this book is the unrealistic characters and the ending. The characters are meant to be really funny however this can make them seem so fake and not realistic. The only who characters who I can relate in life are Evie and Jack the others seem very fake and almost fictional if that makes any sense.
This book you can guess the ending before you actually reach anywhere near it which really was a downside for me because I felt like I was reading it the last sections just to be proved right which kind of annoyed me.
Have you read this book if so what did you think of it?
Charlotte x